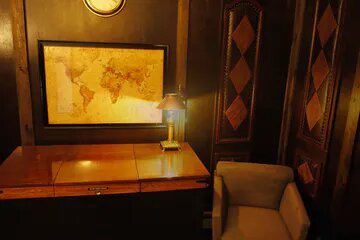 Are you an escape room enthusiast who loves solving puzzles and clues? This is the room for you! Find your wittiest friends and try your hand at one of our most challenging scenarios.

The story goes like this: Reclusive billionaire Conan Drum has died, and he’s left his entire fortune to the person clever enough to find it. You must race to be the first to discover the secret treasure and keep the riches for yourself!

Please note: Virtual Dead Man’s Secret is played via video meeting technology. We recommend this experience for two to four players and a maximum of four devices. Your game master will serve as your eyes and hands while you work with your teammates to solve the mystery from the comfort of your home.

Condundrum is another word for riddle in English (I'm being clever, but I didn't know that 2 hours ago).

Condundrum Escape is a venue in Colorado. When I think about this american state I imagine wild nature, wide open spaces and the beauty of the mountains. Yes, maybe it's prejudices, but in any case it's also what I expect when I'm going to play a venue there (even if it's far away).
Currently Condundrum offers 7 rooms, 2 of which have been adapted to be played remotely.

We meet 10 minutes before the time of our appointment (in Mountain Time, because yes it's the time slot for Colorado and we initially made a mistake converting the time) that we connect to the zoom given by the venue. You need to have a zoom account as well as a pencil and a paper which are very useful. As far as we are concerned we also have a whats app group per game for screenshots and eventual pictures taken during the game.
We asked for permission to take screenshots during the game and it's very useful to have time to think about the puzzles.

Conan Drum is a billionaire who died without leaving any family behind. He decides to leave all of his fortune to the person who manages to discover the secret of his wealth, thanks to various and varied puzzles he left behind.

Jon thus takes us with him to Conan Drum's house (whose address he discovered thanks to a puzzle on a social network).
We enter his house without too much difficulty and start to search. Finally Jon searches for us because I remind you that we are at home.
The story is going to be evoked rather than described clearly, everything is rather subtle. It was nice because a lot makes sense as you go along without being overwhelmed by the texts you would have to read.

I also appreciated the evolution of the scenery as we progressed and the decoration as a whole because of its quality.

... are the real highlight of this room. It's a real pleasure to discover original puzzles, but also mechanisms that we have never encountered before and given that we have played between 100, 450 and 780 rooms each, it's no small feat.
It's a complicated room, I'm happy to have had an efficient team to move forward, because if I would have been alone I would still be there. The puzzles follow one another in a rather calm rhythm. We've got 90 minutes of play at our disposal rather than the usual 60, which is useful and takes away unnecessary stress.

We really enjoyed this room, which pays particular attention to the quality and originality of the puzzles. As a proof, we have already booked their other room which is available online. 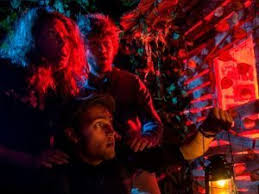 Cabin in the woods

You are lost in the woods together with your friends. Due to the bad weather you are looking for a suitable...
Escape World
Amsterdam
7/10
Immersion: Enigmas: Other criteria: 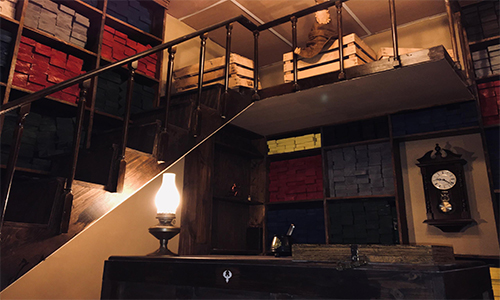 After the abduction of a wand shop owner, The Order has sent you to explore his shop to find the location of...
Lock city escape game
Carrollton
2/10
Immersion: Enigmas: Other criteria:

1 to 8
Read more
There are no comments yet.